You Can Do Anything for 30 Seconds 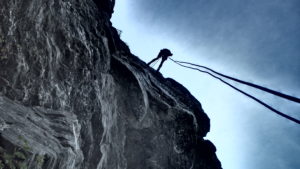 It was with a strange mixture of sadness, pride and relief that I hugged my son in the airport. At age 18, he was shipping off to Navy boot camp. He was a smart kid who sometimes found the world a frustrating place and this had made him a challenge to raise. But after 18 years of being the best father I could, I was watching him take responsibility for his own life. I gave him a fatherly hug, said, “I am so very proud of you,” and then watched as he walked down the ramp and disappeared behind a door. He was about to spend eight weeks being broken down and re-formed by the U.S. Navy. I had spent almost two decades trying to get him ready for this. Was he ready? I would know at the end of eight weeks.

Boot camp is hard for a parent because of the asymmetric communication. I was writing a letter to my son every day but he could write only every other week or so. Phone calls were brief. Was he doing OK? Yes. It was rough, but he was figuring it out. Food? Good and lots of it. Yelling and pushups? Yes, but nothing he couldn’t handle. I felt a little better, but still worried. You never know. What if he gets hurt? What if he decides it’s not for him? 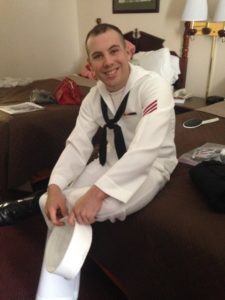 As I wrote my daily letters, I searched for experiences of my own to compare to what he was going through. I had not served in the military, so I scoured my past. In the middle of one letter, it hit me – I had my Outward Bound experience. I had taken a semester off from college in the mid-1980s and signed up for a 28-day wilderness course at North Carolina Outward Bound School. The experience had been transformative for me. The reason I hadn’t thought to use it in my letters from the beginning was because it had become an integral part of me. At Outward Bound, I had taken huge strides in improving my self-confidence and leadership skills. What I had achieved stomping along those North Carolina trails and canoeing down those whitewater rivers had provided the foundation for the rest of my life. Outward Bound, I realized, was my boot camp.

Soon, I was filling my letters with tales of my Outward Bound experience – my failures, my triumphs, my lessons learned. I wrote to my son of my experiences in the hopes that he would find the grit to keep going when things got tough, just as I had. When it seems impossible, take one more step, I wrote to him. Count to 30. You can do anything for 30 seconds. No? Then count to 15. You can do anything for another 15 seconds. Take a deep breath. Push on.

I had long ago misplaced my Outward Bound pin. Last I had seen it, it was on the lapel of an old ragged denim jacket that is well beneath the dignity of a man of my age. Plus, it wouldn’t fit me now. I wrote to Outward Bound asking humbly for a replacement. To my astonishment, my pin was cheerfully replaced with speed.

So on the day when I greet my son at the conclusion of his boot camp adventure, as I stand there, overfull of pride in him and his accomplishment, my Outward Bound pin is going to right there on my lapel. Outward Bound made me a better person. And maybe, just maybe, it helped my son, too. 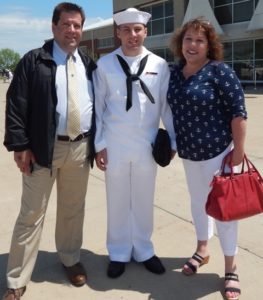