Finding My Inner-Strength Miles From the Trail 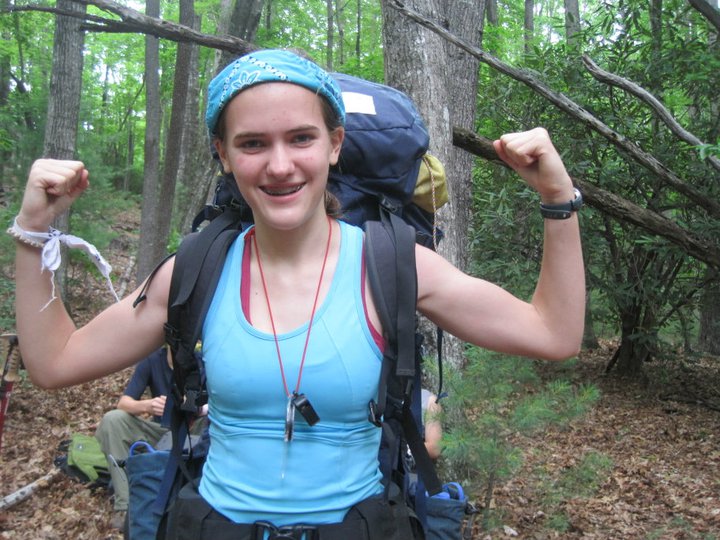 Our band of teenagers sat around a camp stove, weary from a day of hiking further than our dirt-encrusted calves wanted to go. The sun had set on the Mountains to Sea Trail and we had finished our first week of our 21-day North Carolina Outward Bound School(NCOBS) course. Never before had I done something so physically and emotionally demanding, befriended people from such different backgrounds than my own, or shown myself that I had more inside of me than freshman year of high school might have suggested.

After just one week our crew had already laughed, fought, cried, and learned to carry on together. Tonight we scrawled messages to ourselves on rags we would tie around our wrists to remind us of why we were getting soaked in those deafening North Carolina thunderstorms, tipping our canoes into the Nantahala River, and scaling rock faces in the Appalachian Mountains. What did my fifteen-year-old self hope to gain from my Outward Bound adventure? The cloth, now caked with dirt and dried sweat, still hangs in my room and I can still make out the Sharpie letters that reads: “Inner-Strength.”

This inner-strength that I began to tap into as I bush-wacked through pony trails in the Appalachian Mountains, is something I would draw on year after year, even as the smell of burned “pancake scramble” mixed with eucalyptus bug repellent began to grow fainter. I began to work harder academically at my large public high school and was accepted to Stanford University in North California, where I began my freshman year with one my Outward Bound crew members, Kyle. Kyle and I would meet for dinner and agree that the struggles of freshman fall couldn’t compare to the inner-strength we had learned from our summer in the North Carolina wilderness. If you think the dorm life is hard, try sleeping under a tarp with eleven teenagers who haven’t showered in three weeks! Roommate struggles? Try coming together as a crew to make camp after your miscalculation as “leader of the day” caused the entire group to hike an extra four miles in the wrong direction. 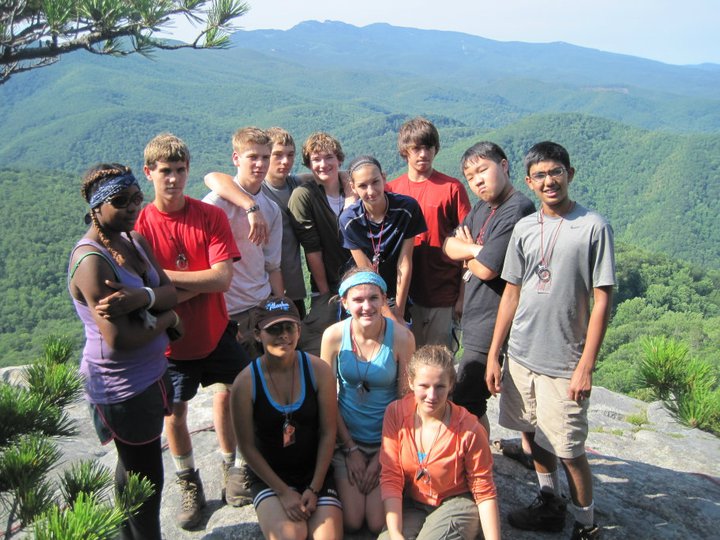 Each year of college brought a different dorm room and for every new wall I called home, I tacked up a poster board with an Outward Bound quote that has never left me: “A ship is safe in harbor, but that’s not what ships are for.” This mantra, as well as my continued cultivation of inner-strength, pushed me to continue to leave my comfort zone even as life became easier in Northern California. I spent one summer in rural Newfoundland working for a conservation nonprofit and dodging moose on my morning runs. The next summer I camped in the forests of southeastern Madagascar helping with lemur conservation efforts and thankful for the technical skills my NCOBS course had taught me about how to dress a wound, how to protect your sleeping area from rain, and how to mentally put one foot in front of the other well past the timeframe you deem “reasonable” for a hike. 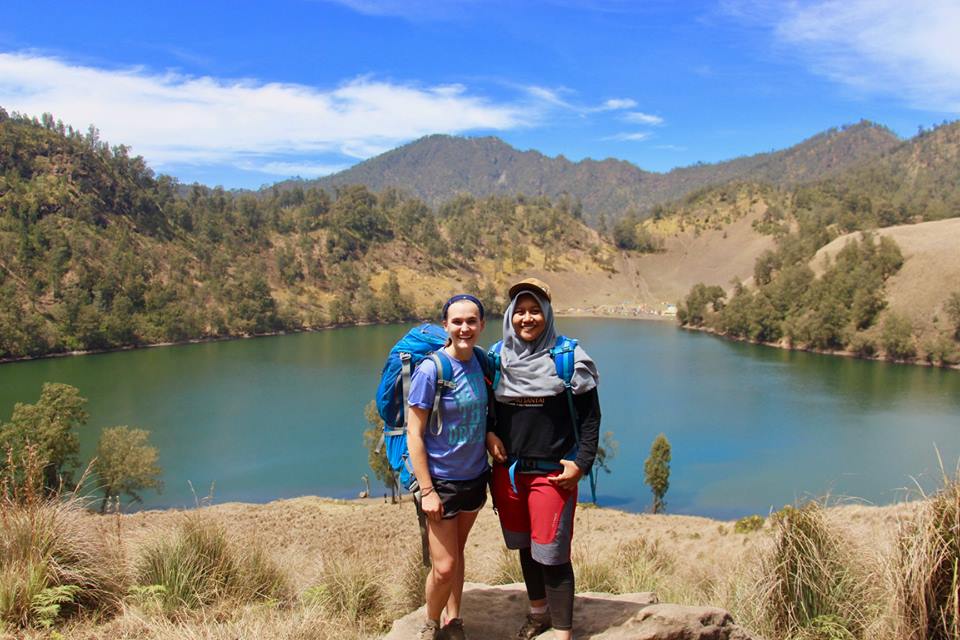 Last summer, as I lived and taught at an orphanage in Kadapa, India, many of my evenings involved listening to heart-wrenching stories from the girls living at the orphanage. At first unsure of how to handle these talks, I reflected on my time listening to the stories of my Outward Bound crew late into the night and learning that not everyone had the immense privilege of a loving family growing up. Over half of our crew was on full scholarship, and as my new friends opened up more and more, I was hearing stories of homelessness and abuse that my fifteen-year-old self could barely imagine. More than an education in practical outdoor skills, for me, my course was an education in empathy.

I graduated from college in June and by July had moved to East Java, Indonesia to teach English in at an Islamic high school. With culture shock, being so far from my family and friends, and learning to live with much stricter gender rules, this year has not been easy by any stretch. Yet not a day goes by that I don’t draw on the inner strength that NCOBS first helped me realize, push myself to leave my own safe harbor, and empathize with people who grew up half a world away from me. 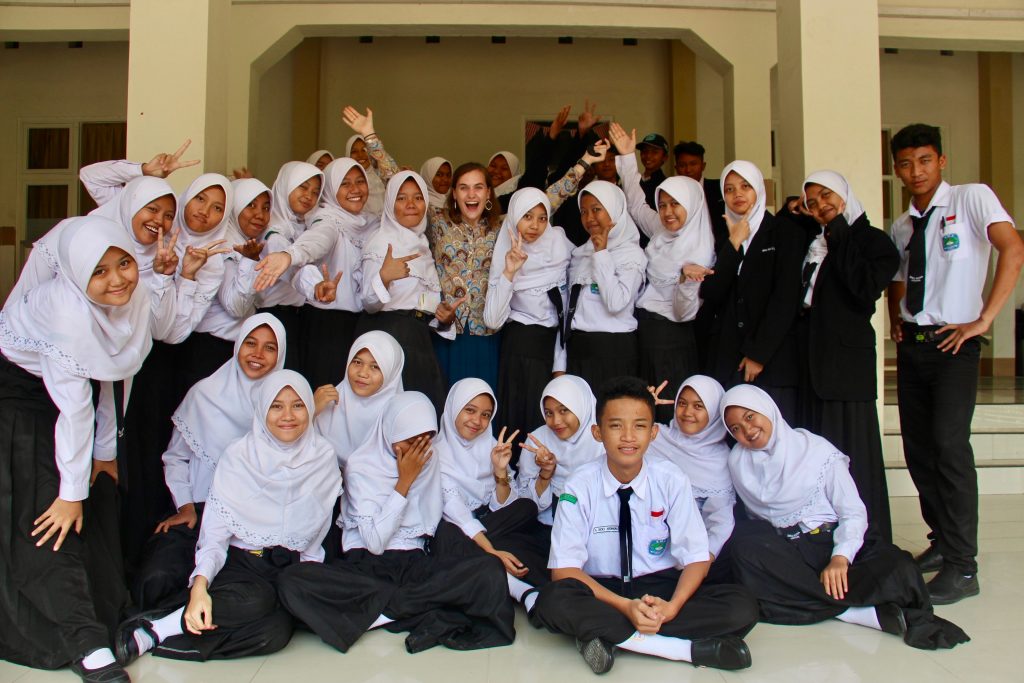 In my six months here, I have finished five journals, a reflection tool I developed during my solo time at the end of our expedition. In fact, I draw on my solo experience often, as I spend hours on my own, still struggling to master enough Indonesian language to make friends in my small community.

I don’t know where my ship will sail next, but I do know that no matter where I go, what I learned from my summer with North Carolina Outward Bound School will come with me; helping me to aim for greater heights, take failure in stride, and remember that no matter where someone grew up, if they’re willing to share their M&Ms on a long hike, they’re worth their weight in gold.